"Winning the lottery is like spreading Miracle-Gro on your character defects." Do you think this is true? An acquaintance of one of the winners in Lucky a 2010 documentary by Jeffrey Blitz saw this firsthand when the winner went from millionaire to pauper due to his own bad habits. Shown originally at the Sundance Film Festival, this film follows five lottery winners after their win. You might be surprised at how some of them spend their cash.

The story of Vietnamese immigrant is the most inspiring of them all. He and his wife worked long hours to make ends meet. After a huge win, they provide not only for their family in the USA but help many members of their families back in Vietnam live better lives. Another couple found that their lives changed so dramatically that they needed to move out of their home state.

A math professor tries to make sense of his win in mathematical terms. The few times he thought about what he would do with a large amount of money yielded typical results—a fancy sports car and new house, but once he won, he realized that he didn't really want to change his lifestyle that much. He made a donation to the university he teaches at and I have no doubt is being very methodical with the rest of the cash.

There's the loner who was so devoted to his parents that he became suicidal and destitute after they died and spent his last few dollars on a winning lottery ticket. He's cleaned up but he isn't extravagant at all with his cash and even lives in a cheap motel and feeds the stray cats.

On the other end of the spectrum is a firefighter who went on wild spending sprees on every extravagance— huge houses, cars, a plane, even his ex-wife's new chest. His brother tries to assassinate him and he loses everything. His is definitely a cautionary tale.

At times, this is a sad look at those who choose to spend a lot on the lottery instead of saving including one woman who "just knows" her ship is coming in and spends approximately $50 a day in this hope. Her sister is polite about her lottery hobby but shows her true feelings when she says that she's happy she spent her own money on retirement savings instead of following in her sister's footsteps.

This film like an earlier documentary, Millions: A Lottery Story, shows how different personalities handle a big win. This one, however, moved at a slightly faster pace, so I didn't feel like we get to know the characters as well. It did epitomize the Miracle-Gro analogy though. All of the winners showed exactly what they were made of after winning. I recommend it if you'd like to see both the positive and negative outcomes possible with a lottery win.

FTC and Amazon.com Disclosure: I rented this film from Netflix and have not been compensated by the filmmakers for this review. I do receive affiliate income from items purchased through links to Amazon.com from which the film is available here.

You Should Also Read:
The Prizewinner of Defiance, Ohio Movie Review 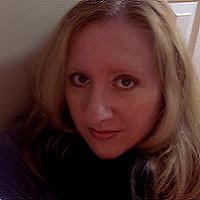